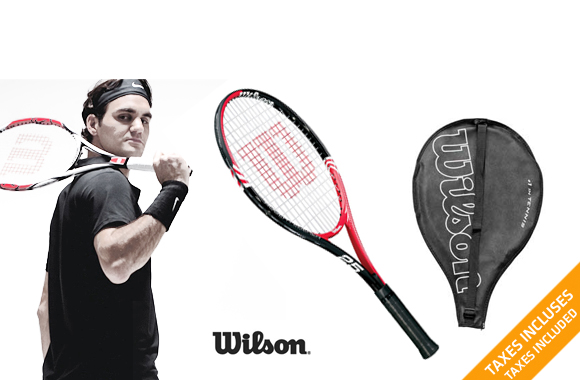 If you buy the same tennis racket as Roger Federer, will your game will improve?  And what about solo cellists and the strings they use - should you play on the same strings as them?

What encourages us to buy something new?  The price, the guarantee, nice packaging?  For some people it’s a recommendation from someone they know.  Or more precisely, someone they recognise and admire.

Something tells us that if we use the same stuff as that person we like, we might just become a little bit more like them.  All children love wearing costumes for this reason.  In wearing a Superman costume there's a chance (or should we say "hope") that superpowers come with it.

Cellists are the same.  If only we could play as well as our favourite cellist, or have the same success as them.  Owning a Stradivarius cello will be impossible.  But playing on the same brand of strings as them?  That is possible.  Unsurprisingly some string manufacturers have sponsorship deals with cellists for this reason.

Every string manufacturer and arrangement they have with a cellist will be unique.  There are no multi-million dollar deals.  In fact most of these cellists are probably not paid at all.  But most of the time they get two things in return:  free strings and free publicity.

All soloist cellists need publicity.  No matter how great your career is, which competitions you have won, who your teacher was and however good your playing is, publicity is what keeps the momentum in your career.  By seeing your name over and over again, others will remember you.  Your name becomes your brand.  Familiarity encourages trust too.  Tickets to your live performances are more likely to be sold, and more recordings will be bought.

But publicity is often expensive.  Up to $7000 in printed magazines for a full-page advert and even more online.

What about the strings they get?  You probably would say even if free, soloists will still want the best for their instrument.  Not necessarily.

1 - Cellists can save a lot

Soloists also tend to have fabulous cellos which are very well set up too.  The sound differences between strings are not as big as on cheaper instruments.  We know as we have tried our strings on cellos worth millions.  While the sound improvement is clear and obvious, there’s no denying the instruments sound great to begin with.  So the soloist will probably not lose out that much anyhow.

3 - It's the performance that counts

Lastly as we all know if you give a bad instrument to a great performer, they can still make it sound good.  Imagine Rostropovitch playing on a cheap factory cello worth $200.  It would still sound fantastic.  The confidence and technical ability of a great musician makes a huge difference.  Their character, passion and musicality will shine through, no matter which strings or instrument they are playing on.

Ultimately, strings don’t matter that much to them.  But if they aren't tied to any one brand, of course they will choose the best sounding strings.  Especially if they use a mix of different strings, you can be sure they aren't affiliated to any one company - ambassadors have to play exclusively on strings from a single brand.

At the end of the day, if you aren't playing on an old master cello worth more than your home, high-end strings can make a huge difference.  They are absolutely critical in creating a great sound, but more importantly, they make it easier for you to play too.

Buy two strings or more and get our fabulous premium rosin optimized for our strings for free.

get 20% off your next order

Buy a full set and get our premium rosin as well as 20% off your next order.